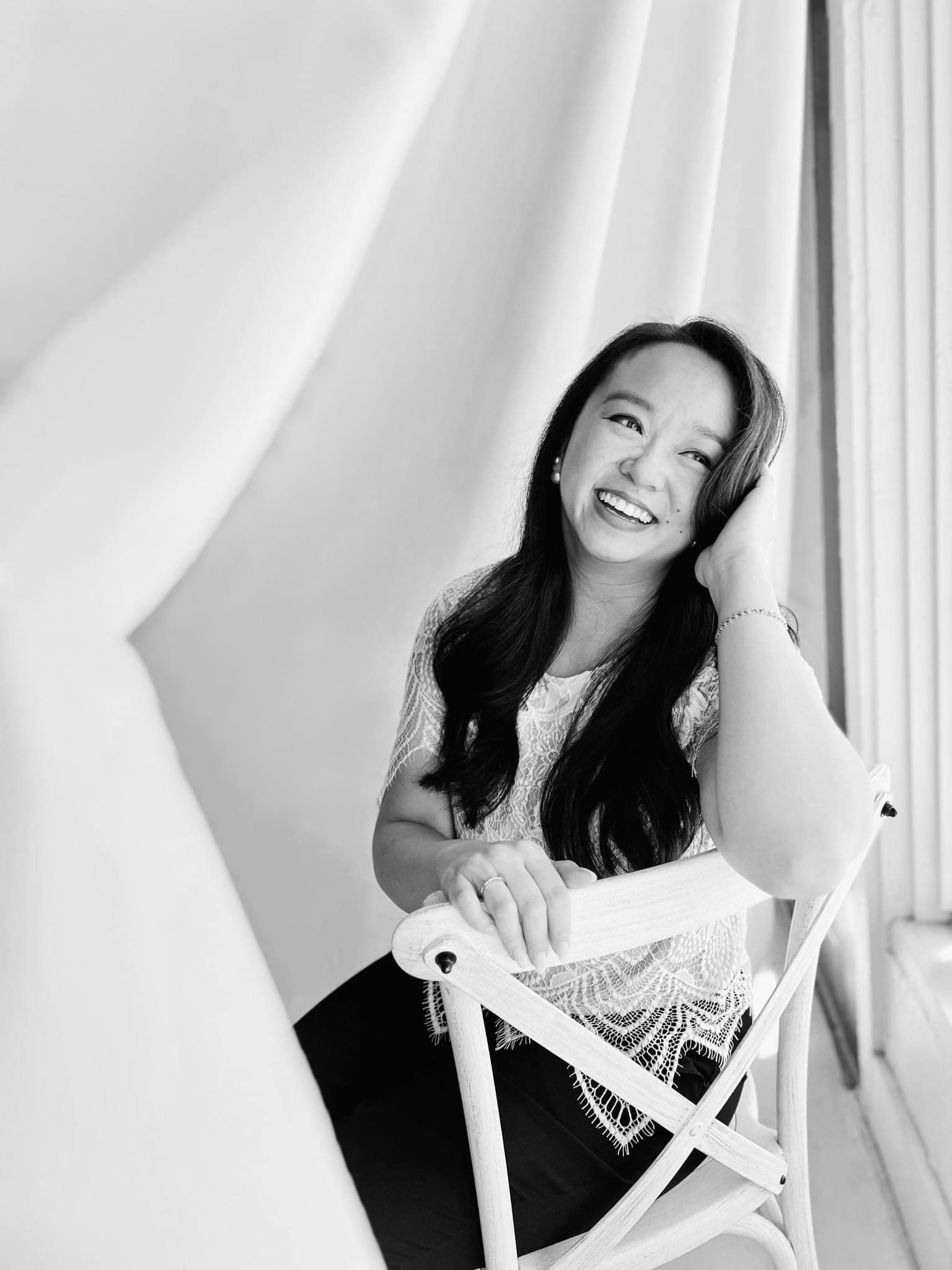 “Do it for yourself and no one else.” —Kayla Itsines

Hey loves! The first of my many updates on my journey with BBG is here!

Today’s BBG Update No. 1 is going to be a bit descriptive so you know my background and what I’ve done in terms of health.

If you’re reading this and you’re a BBG girl, say hi!

Just to preface, this is my third time doing BBG. The first time I did it was over the summer of 2014. I dropped the program after a few months during the first year because I was doing too many different workouts and needed to simplify. 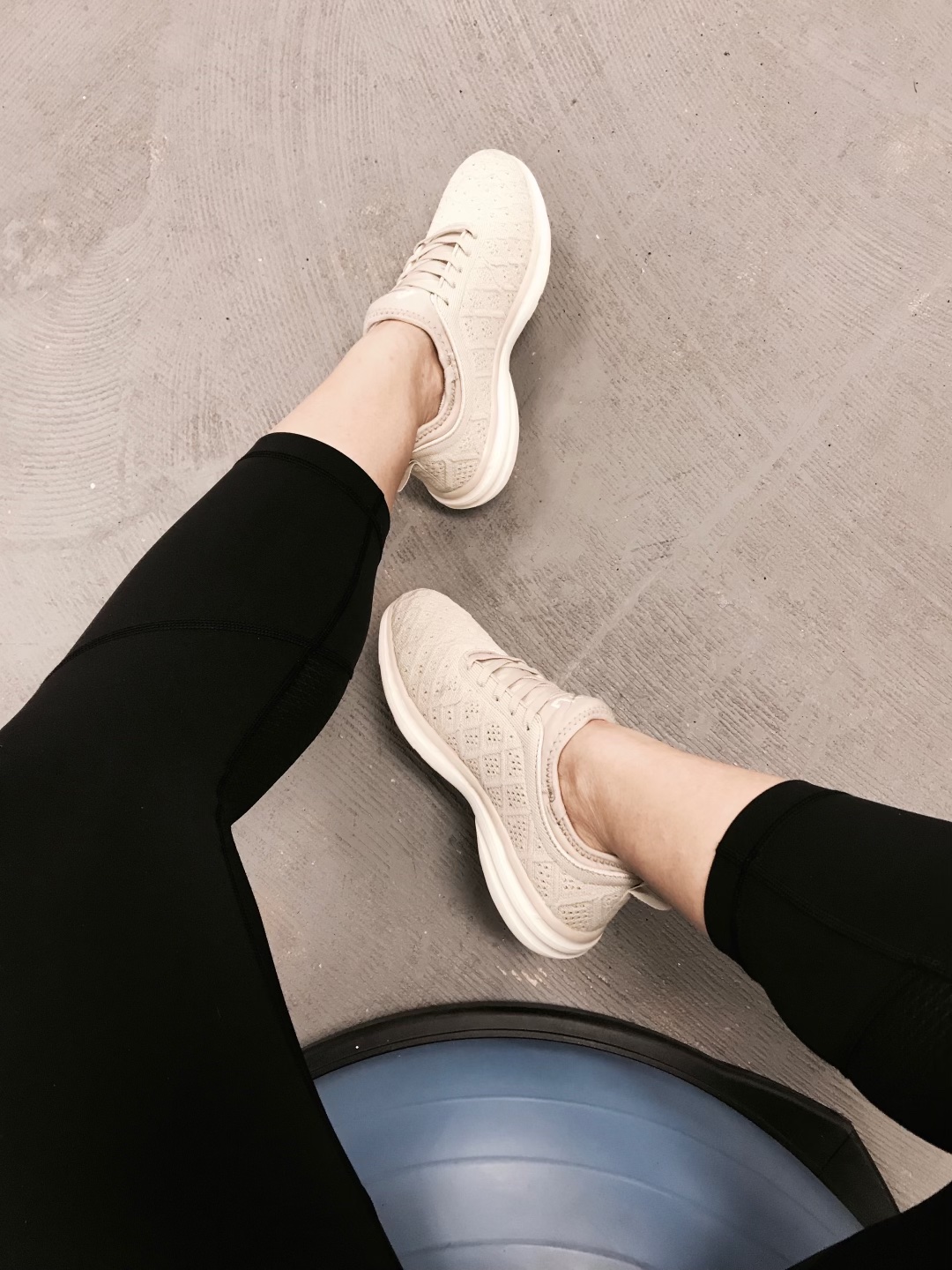 The second time I dropped it was this past November and for good reason. I was in a car accident a few days before Thanksgiving. As a result, my mobility with my right arm was very limited. I couldn’t raise my arm and doing simple things like sleeping on my side. Getting dressed in the morning hurt and washing my hair when I showered took twice as long.

Honestly, I was mad with my setback.

I was doing so well with Steadfast bootcamps, Fitness Blender and BBG before the accident and made great progress. My energy was through the roof, I was consistent with exercising and eating healthy and slept very well.

After the accident, I was not happy and became very anxious to get back to my normal routines. For one and a half months, I struggled with sleeping as pain would shoot up and down my right arm at night. I couldn’t cook much so I ate out quite often. For someone who doesn’t like to eat out much and would rather cook, it was hard on my health and my wallet.

During this time, I didn’t gain a ton of weight, but I still added some pounds to the scale. As my arm healed, I prayed I would be able to participate in Kayla’s 12 week program (which started January 9th).

The day came and I am blessed to say that today, I can work out again! My workouts have to be modified, but hey, I’m just happy I can move!

Here’s what I’ve been doing from weeks one through three:

I followed Kayla’s workout via her BBG eBook. Here’s the layout: Monday is legs and cardio. This includes squats and burpees (which I have a love/hate relationship with) to name a few. Wednesday’s workout is arms and abs. Arms and abs are my favorite day since I love mountain climbers and bicycle abs. Friday is full body workout which isn’t bad at all. All MWF workouts are done with two circuits in seven minute intervals with a 30 second rest period in between each circuit.

Tuesday and Thursday are LISS days (ie. walking, jogging, swimming or cycling for 30-45 minutes). Side note, on some LISS days, I’ll switch out walking for this total body workout that consists of weights.

WEEK 1: I was nervous, but so excited to work out again. I eased myself into each workout and had to modify some (no shame here!), but it felt so good to be back even though I was super slow. I didn’t think I could complete each of the workouts within my time limit, but finished both circuits at least once during the seven minute timeframe. Usually I can do each circuit 1 1/2 to two times before time’s up, but I was proud to be able to finish them one time through! I skipped the full body workout that Friday since I had a plane to catch to NYC that evening (I usually work out after I get off work).

WEEK 2: I also missed Monday’s legs and cardio as I was still out of town. That day, we walked about 10 miles around Philly so I don’t feel guilty for missing it, haha! Arms and abs were hard during this week. I struggled through commandos. I was afraid of hurting my shoulder that was injured from the accident so I took it slow. Friday’s full body? The hardest day so far. I started getting acid reflux as I was finishing my second circuit so I only made it through half of the workout that day. Hey, 15 minute workout is better than doing nothing.

WEEK 3: I was forced to skip Monday’s workout due to a huge headache that started while I was at work. I went home, took Aleve and was in bed at 9:00pm, which is SUPER early for this chick. LISS yesterday was fun because I got to do my Fitness Blender workout that I love. If you know me, I’d rather workout with weights any day over doing cardio. Who can feel me on this? I look forward to doing today’s arms and abs workout. I want my arms to be jello by the end of it all.

WEEK 1: I ate remotely healthy, but the trip to NYC during the latter half of the week did NOT help! Let’s just say I had pizza and pasta (two languages I’m very fluent in) at one point and I won’t name you anything else I had. Don’t worry, I don’t feel guilty since we walked all over NYC for about 23 miles total that weekend! Talk about the ultimate LISS workout, haha!

WEEK 2: I must admit that I just ate whatever I had at the house. Since returning from my trip, I basically went straight back work so I didn’t get a chance to go grocery shopping to meal prep.

WEEK 3: I’m doing much better this week! I meal prepped some spaghetti squash for lunch and dinner and have had fruit smoothies for breakfast for the days I’ll be here week. I’ll let you know what I’ll be eating in Orlando this week on my next BBG update post three weeks from now!

If you’re participating in Kayla’s 12 week program, first things first. You go girl! Can you believe we’re on week 3 already?!

I hope my BBG Update No. 1 post gave you a good glimpse of what this program is all about and where I’m at. I feel like if I post about it and share with you, it can keep me more accountable and help me stay on the course! I have photos of week 1 and 2, but won’t share those until my second post as I need to finish this week first. That way, you can see three weeks side by side!

If you’re thinking about doing BBG, try a FREE 7 day trial of Kayla’s workouts. Read her blog for some great recipes and fitness advice even if you’re not doing BBG. You’ve got nothing to lose so go for it!

Are you a BBG girl? Where are you at in your journey? Round one or two?

Note: I did NOT get asked nor was I compensated to write this post by Kayla or The Bikini Body Training Company. Just sharing my health journey with you and what I’m personally doing!

How to Navigate Addiction Within Friendships

Three Things to Do After Taking a Long Gym Break 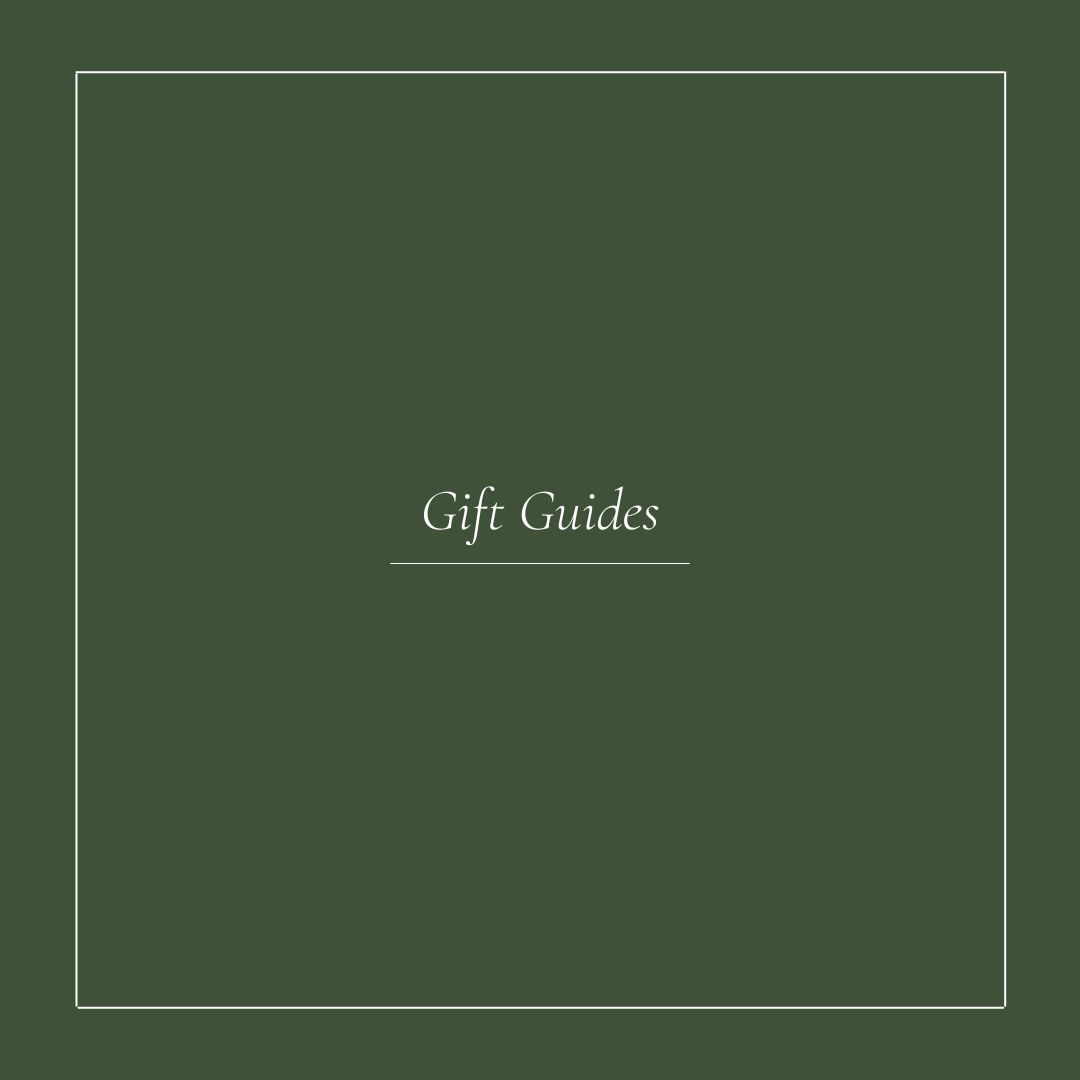 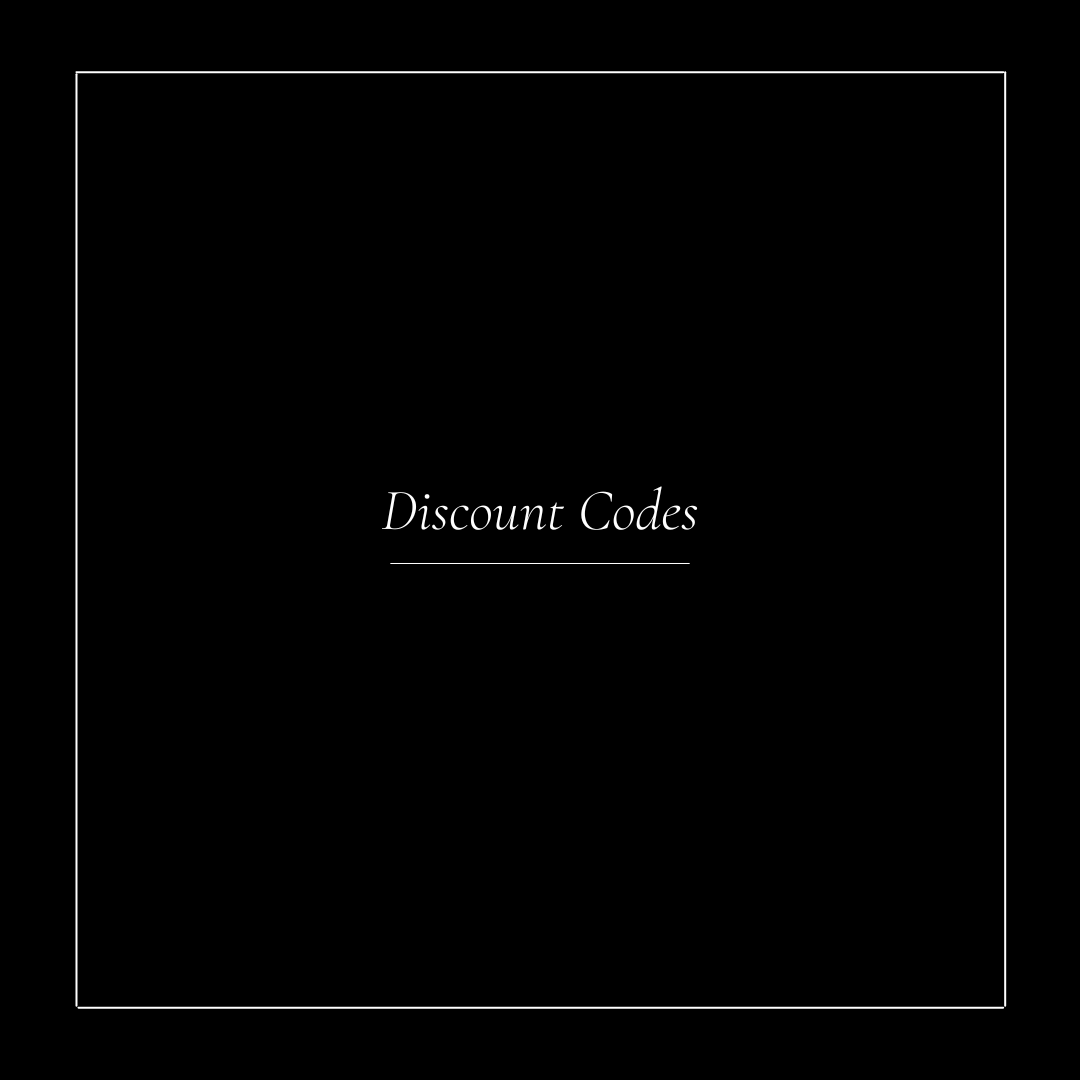